The Truth About 5G

The communications world is fast evolving. Every day our reliance on connectivity increases as technologies and systems become more and more advanced. It is this connectivity that allows us to communicate via online channels such as voice or video chats, it keeps us entertained with film and television streaming services and online games, it provides us with instant messaging platforms and keeps us connected to the outside world via social media and news platforms. In fact, it’s hard to imagine a world where we are not always “connected” – even though the Internet has only been around since the 90s (how did we cope before!).

As Internet trends evolve the demand for faster and more reliable connections becomes greater. In the last 20 years or so we have moved from dial-up internet (which was flaky at the best of times) that provided connection speeds up to 56 Kilobits (56,000 bits) per second to high-speed fibre-optic broadband capable of delivering speeds in the region of 2 terabits (2,000,000,000,000 bits) per seconds.

We have also seen mobile (or cellular) networks evolve to meet demand, with early second-generation (2G) connections providing up to 237 Kilobits per second download speed and the fourth-generation (4G) achieving speeds of up to 1 Gigabit per second.

However, over the years mobile connectivity has sparked some controversy, particularly with the introduction of the fifth-generation connection, 5G.

There have been a lot of theories about 5G being dangerous and detrimental to the environment. Many people claim that it is harmful to human health, it kills bees, causes cancer and, more recently, that it is, at least in part, responsible for the current COVID-19 pandemic.

In late January, theories falsely claiming that 5G is somehow responsible for the coronavirus started to emerge on social media. These theories are mainly divided into two sides:

However, scientists have condemned these theories and say there is no way that 5G could be responsible for the spread of the illness. Even if you put the science aside, there is another major flaw with the conspiracy theories – COVID-19 is spreading in UK cities where 5G has yet to be deployed, and in countries like Iran that have yet to roll out the technology.

Sadly, despite these theories being condemned by the scientific community, 5G masts installed around the UK have been subjected to vandalism and, in many cases, destroyed.

Twenty 5G masts have been targeted in suspected arson attacks over the last few weeks including damage to a mast providing mobile connectivity to Birmingham’s Nightingale hospital – a temporary NHS hospital that was set up to help deal with the COVID-19 pandemic.

Even more recently, trading standards are looking to stop sales of a device that claims to offer protection against the “dangers” of 5G by using quantum technology.

The £339 5GBioShield claims to use a  “quantum holographic catalyzer technology for the balance and harmonisation of the harmful effects of imbalanced electric radiation” and “through a process of quantum oscillation, the 5GBioShield USB key balances and re-harmonises the disturbing frequencies arising from the electric fog induced by devices, such as laptops, cordless phones, wi-fi, tablets, et cetera.”

The device looks just like a USB key and, according to the owner of Pen Test Partners, a company that specialises in taking apart consumer electronic products to identify security vulnerabilities, it is just that – a cheap 128mb USB pen drive.

Despite BioShield’s claims that their product is backed by research they have not responded to the latest development and Trading Standards are now working with London Police’s Action Fraud Squad and are seeking a court order to take down the companies website.

Unfortunately, a number of people have fallen victim to the alleged scam and are £339 out of pocket.

Most of us rely heavily on mobile connectivity for both our personal lives and our businesses. As times change and economies evolve, we must adopt new technologies to develop and grow. 5G will be a welcome development to a lot of businesses and there is no evidence that it is harmful to the environment. We just hope that it does not cause any more mindless acts of vandalism or exploitation of innocent people. 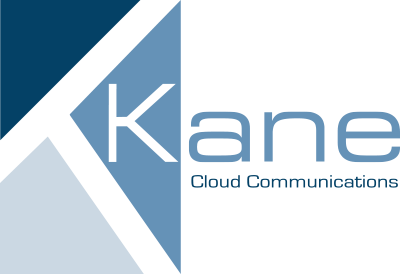 We’re passionate about getting the solution right for each business.